For years I have dreamed of owning an Alienware laptop, all of my desktop computers are at my office so other than my Fujitsu laptop I don’t have a serious computer for at home. Looking over the Internet I found a sparse number of reviews of the M17 none of which provided any really good information for me the consumer. Alienware is renowned for their customizable configuration so reviewing them can be difficult due to the multitude of configurations available.

The following is my configuration of the M17 for this review.

Total Price including shipping to Canada $3005 US

The order process was not as easy as expected I had to call the billing line because I am outside of the US. After a quick call to validate my credit card information the order was processsed. Much like Dell I was able to follow the build process of the laptop over the 9 phases of assembly, testing an shipping. I opted for the standard Fed Ex shipping offered from Alienware. Shipping was amazingly fast I had the laptop at my door in 2 days. The system comes in a big black box which contained another box with laptop and accessory pack. The M17 itself was covered with an alienware form fitting felt sleeve. The accessory package is top notch from the leather bound instruction manual to the monsterous 3lb power supply. Even the connecting cables for the powersupply are thicker than average and higher quality than found on most laptops. Pulling hte M17 out of the box and opening the felt sleeve is remenat of a scene from 2001 Space Odyssey all that was missing was the music playing in the background. The casing feels like the material the bat suit is made of. Softer to the touch but a hard protective shell. On my M17 I opted for the original SkullCap lid. Opening the lid for the first time it felt substantial and rigid no concerns about flexing even with a 17″ screen. Overall I am quite impressed with the look and feel of the unit. The only minor flaw I can find is that there is a slightly raised section where the indicator lights and quick touch buttons are but its nothing that impeeds the usabilty or cosmetics. 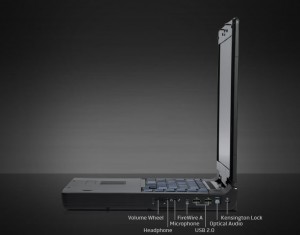 It is difficult to call this Laptop a Laptop seeing as you cannot use it on your lap without a hard surface between your legs and the computer. There are some small vents on the bottom of the case that are not to be blocked. At close to 10 lbs the laptop is also a little on the heavy side but overall it is easy to manouver around. Picking it up with one hand is still an option and when you do there is no flexing of the chasis when lifting. I for one am willing to deal with a slightly more bulky laptop to have the security of a rigid chasis that doesn’t feel like it will break if you breathe on it wrong. I expected this beast to sounds like a 747 when I fired it up but was extremely surprised to hear almost nothing. The SSD drive is partially responsible for the lack of noise from the case. Under normal usage conditions you can barely hear the cpu fan making the M17 an extremely enjoyable desktop replacement while maintaining the mobility of a laptop. There are some minor annoyances under regular usage with the ergonomics. The touch pad is not easy to operate but with some tweaking of the sensitivity I’m sure it will be fine. Most of the time I am using a trackball or wireless mouse on the machine anyway so its not of major concern. The front edge of the case has a somewhat hard edge where your arms are resting so if the position of the computer in height relative to your arms is important to avoid serious rubbing of your wrists on the edge when typing. I found that having the keyboard slightly below so that you wrists are slightly bent when typing will aleviate that minor ergonomics problem.

Wireless performance is incredible, When connected wireless to my WRT160N or my WRT300N router I am pulling speeds of up to 1.8MB/Sec on download, when connected to an old WRT54G wireless G router I was pulling sustained 600KB/s to 900KB/s on torrent downloads.

The keyboard responds to soft touches well and is a little on the loud side for a keyboard but I am ok with that I don’t mind a loud keyboard when typing. The port configuration for USB and audio is extremely user friendly with enough ports on the right side of the machine to facilitate you needs. The volume wheel yes wheel no more annoying buttons works smoothly and responsive and is located in a place that is very easy to operate.

The OS fired up in quick time comared to other vista instalations. I opted for both the VitaKey fingerprint scanner and the facial recognition biometric data for logging into Windows. I have never been a fan of these kind of devices in the past they have not been reliable. It has been a week now and between the fingerprint scanner and the facial recognition it is easy and faster getting into windows than using the traditional password input. The fingerprint scanner sometimes take a couple of swipes but in decent lighting conditions the facial recognition usually logs me in before I get to the second finger swipe. Much to my surprise and delight there was NO demo software in the windows installation when I fired up windows. No trials of office, no wildtangent games, no antivirus trial bugging you. All that was on the computer was an installation of power DVD and required device drivers. Finally a computer that didn’t need hours of software tweaking before I could be happy using it. So far so good, I have opted to keep this machine pretty clean and run alot of open source software here is the list of apps that I have installed and are running for productivity.

HTML Editing – Notepad ++
Image Editing – GIMP
Browser – Firefox
Media Player – VLC for video and Media Player for Music. I really dont use Media Center for anything as I hate it with a passion.
Email and Messaging – Windows live essentials

Thats about it for the software portion of this review I haven’t chosen an office suite yet but will most likely use open office. The one bit of advanced configuration required is to reconfigure the soft touch quick launch buttons above the keyboard. See below for how to configure the buttons on the M17, I have listed my configuration for the buttons. You can copy and paste the entire code block and save the file with extension .reg then double click the file to merge the contents into the registry.

On the desktop there was a shortcut to a file named ‘My Alienware PC Information’ the path to the file “C:\Windows\System32\Alienware\My PC Information.XML”. In this file is all the information about my laptop including all of the benchmark runs and it is formatting like an Area 51 secret document. Below you will find the results from the burn in benchmark tests run on my specific machine. The rest of the document contains specific details about the components and drivers.

Pretty impressive results in a laptop I have to say. I quickly installed steam and downloaded my instal for Drakensang and Unreal Tournament 3 both games played with high framerate at full detail 1920X1200 resolution. I am more than happy with the results of the gaming performance. As far as the noise level when gaming, well what can you expect from a highpower machine playing games you need to have some serious cooling power to keep things running stable. After playing Drakensang for 4 hours straight there is no issues with the laptop getting overly hot and or reduced performance.

Cons: Hard edge on the front of the case is a little rough on the wrists under certain operating conditions, Bulky power supply. 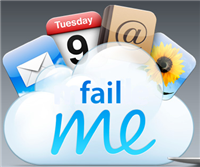