It aired tonight, the new Knight Rider. I grew up on Knight Rider it was the show that created my love of cars and making them unique. When I heard that the new K.I.T.T. was a mustang I was very skeptical, I did however decide to give the movie/series a chance.

I am by no means a Ford lover and haven’t liked the mustang since it was butchered in 1993. The 2008 Mustang is a thing of beauty and if K.I.T.T. had to be replaced by a non Trans Am vehicle the Shelby GT500 was it. OK enough about the car, I know the show is all about the car but it;s time to review the show.

Plot: (warning spoilers)
The foundation is closed and the scientists is a recluse. Secretly developing a new K.I.T.T. He is attacked but his body double is killed in place of him. A quick yet believable explanation of this is given and we move on to Michael (The introduction to this character is quick and blatantly obvious. Not a lot of character development here but the show is about the coolest car on earth so we can forgive this lack of character development. The son of Michael Knight is Mike the lead character and driver, interesting little plot line here. Not really much more to say about the story of the show it was very true to the “corny” style of 80’s T.V. with a modern twist.

K.I.T.T.
Ok so we touched on the fact that the car is not a Trans AM but WOW this car has all the goodies that were in the original and some new stuff. Nano technology repairs, COOL and an obvious way to integrate some great CG shots into the show. I was VERY disappointed in the lack of “TURBO BOOST” the trademark boost that got K.I.T.T. out of so many bad situations was not present in this new rendition. The voice of the car was far less annoying than the previous but still true to the original and an excellent choice.

Well in conclusion I was quite impressed with the continuation of this classic series, the effects are cool. There is some very low budget shots that look quite bad (as an effects artist myself I am overly picky) but over all effects are pretty good. Characters are well chosen and fit the roles well, not as much over acting as we got out of David Hasslehoff in the past. This definitely a show that I will continue to watch anxiously waiting for “TURBO BOOST” :).

Side Note: I even entered to win the GT500 and I never enter those stupid online draws. There is something about that bad ass GT with the the red light in the front that just makes my spine tingle. The Trans AM was cool but the NEW K.I.T.T. is one wicked car. 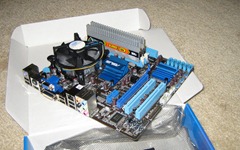