Well I keep saying that the new method of raising our children, allowing them to experience EVERYTHING for themselves and not making them face consequences for their actions at a younger age is leading to out of control teenagers. Stories like this prove me right. This lazy method of parenting leads to socially corrupt little criminals like the girls in Florida beating a fellow student to near death for 30 mins after ambushing her.

Kids that are not raised with discipline, structure and consequence do not have the ability to understand right from wrong at the age where temptation and peer pressure is at it’s highest. The parents of these girls in Florida just don’t have a clue about raising kids. You let your kids do what they want so that you don’t have to do any work and when they go out and behave like criminals, you stand behind them and blame everyone except the people responsible YOU.

The parents of the kids that did the beating should be held partially responsible and made to pay the hospital and recovery expenses for the family of the poor girl that was beaten. You people make me sick, asking for protection from the angry public. The spoiled little miscreants you raised should be punished to the full extent of the law and you as parents should be investigated as to how you raised your children. One of the mothers of the CRIMINALS actually said the girl who got beaten “had it coming”. To you I respond ,when you get mugged and raped in an ally you sick twisted wretch I will sit back and say “YOU HAD IT COMING”.

Yes this is one of my most explicit and emotional posts because a man in Victoria was killed a couple of years ago by the same behavior. Yet when I am speaking sternly to my daughter so that she understands that her behavior in public is unacceptable I get evil eyes from other parents, who’s kids are running rampant in the store completely out of control. One afternoon my then pregnant wife was disciplining one of my daughters for having loud outbursts in public when some women in her SUV blocked her in and began to berate her about poor parenting. This woman then got back in her SUV where her pregnant teenage daughter was waiting. This is the kind of parenting that leads to events like what happened in Florida.

When is the world going to learn that kids need to be raised using love, discipline, consequence and YES the odd spanking when its required. I am in my 30’s and I was spanked as a child when I got out of hand, I had strict rules and discipline, suffering consequences for my actions. WOW I’m not in jail and nor are any of the friends that I had growing up raised the same way as me. None of them beat anyone to near death and all are contributing members in society. Well that says something for the NEW methodology of raising children. IT IS NOT WORKING!!!!

Well thats m y Rant on this topic. I hope other parents out there will see this and take a look into how you are raising your kids. Do you know what they are up to? Do you know their friends? Have you talked to their teachers about their behavior at school? If your kids are out of line then discipline is in order. I am not an advocate for beating your children and my kids have never and will never be beaten. A spanked bottom is not a way to hurt your child it is embarrassing and a bit of a shock. It does however instill the understanding that bad behavior comes with a negative consequence. Those lessons are ingrained into memory and sub conscious for later years when it is drawn upon during right or wrong situations where decision is required.

For more information on the beating follow this link:
http://www.local6.com/news/15843904/detail.html 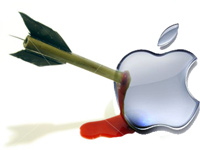