Ok well this topic has been flogged to death over the years but man it bugs me how bureaucracy gets in the way of common sense all the time.

For years now I have been saying why doesn’t the Music and Film industry say to hell with it we can’t fight piracy and just offer the ISP’s a deal $5/Month charged to each client and it all goes to the industry and then make downloading music and video legal. Instead of spending countless millions of trying to pass laws and shut down torrent, ftp, and other files sharing sites why not just cut a deal with the ISP’s. Well now such a deal is in the works and I for one am all for it. $5/Mon to have access to all the music I want DONE DEAL! and you never have to worry about getting busted for downloading music. Now if the movie and television industry would just get on the bandwagon we would have some great internet freedoms and everyone is compensated.

To the people that say well I don’t download music, why should I have to pay $5 per month extra for my internet. Well let me ask you this: Have you ever downloaded a picture you found on the internet and used it in a picture frame, for a wallpaper, distributed it to a friend? Well thats EXACTLY the same thing and downloading music. The unfortunate thing in this scenario is that the artist that created that image will never be compensated for his/her work. It has happened to me and I know how the artist feels. I caught a company using my images from my website to sell their DVD of tutorials no doubt stolen from the internet also. I could not even get the company to respond to me and E-Bay did nothing about the copyright infringement. Taking it legal was not worth it so I chalked it up to the risks involved in displaying my work on the web.

The problem with the music and film industry is they refuse to embrace the future and be creative in dealing with the availability of distribution on the net they choose to fight it because they have the money to do so. To these industries I say EMBRACE the future save your money and put it into making a better product so that people will be more likely to go and see it in the theater and then buy the DVD.

I own a rather large STORE BOUGHT DVD collection because I like to contribute to the industry in the hope that they will start making higher quality products. I am not advocating piracy, but I can totally understand where the advocates of free distribution are coming from. But seriously folks waging wars no matter how small they are is futile and no body wins in the end. Sit down! Drop the EGO’s! and work it out for crying out loud.

Well that is my 2 cents on this topic don’t even get me started on the software racket my bang account is still reeling from the 3K i just spend on new software for the company. Maybe a later post 😉 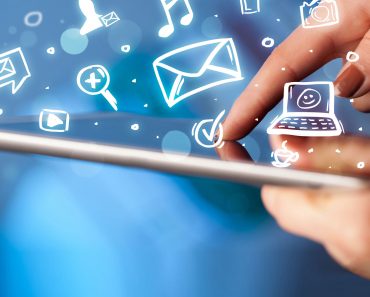