Part 2 of my reality check post deals with one of the most contreversial topics in the history of recorded time, RELIGION. The eternal question of “What came first the Chicken or the Egg?” has an answer in the bible and in science. If you blindly believe in the bible then the answer is the chicken came first. In the book of Genesis the lord created everything on the earth in 6 days. In science and evolution the egg came first, the final evolution of the predecessor to the chicken laid an egg and that egg had the first chicken growing in it. With that said I will move onto my opinions on theories of religion and science.

Let me start by informing you that I am versed both in Christianity and in Evolution, my religious beliefs are founded on my own choices that are made with an education on both major beliefs. All religion stems down to a belief in a higher power that has control over what happens in the world and rules over the afterlife. The need for human beings to believe in a higher power stems from the fear of death. Religions are formed to relieve people of these fears by creating faith that when they die their soul moves on to a better place. I am not saying that religion is not a good thing for people to believe in or that it is wrong. Like everything too many people take a good thing and push it too far. The belief in a higher power does create faith and relieves the fear of the unknown in death. The problem is that like politics the founders and leaders in religion try to force others to follow them instead of another belief.

All wars can be traced back to one of two sources. Religion and Politics. The things that people have done in the name of religion or disputes in politics is horrific. Why can’t people believe in what they believe in without trying to force others to bend to their will. I believe that we are organic beings that are individual, each making his/her own choices and destinies. We are all made from energy as are all things, when our physical bodies cease to function our souls return to raw energy and continue life as another being. This theory ties strongly in with evolution with transferal of memories that are embedded in the raw energy allowing for the new being to start not from the beginning but as a continuation from the previous existence.

My point is simple if you want world peace then each an every individual person needs to accept the beliefs of others and not try to force their opinions on others. Debate and conflict leads to a higher education and intelligence. With this intelligence comes understanding and tolerance. The smartest people in the world don’t wage wars, they create things to make the world we live in a better place. Why the majority of the populations of the world have to follow blindly the few is beyond me.

So in closing I can only say this:
Faith and belief in something is merely a way to elevate a fear of the unknown. Through belief in yourself and in life its self you will be stronger in mind and body. There is no need to try and explain why we are here. Just relish in the knowledge that you are here and free to make your own choices. Do not blindly follow those that spread fear.

Tomorrow will be Global warming. 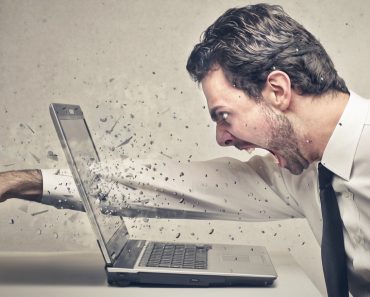